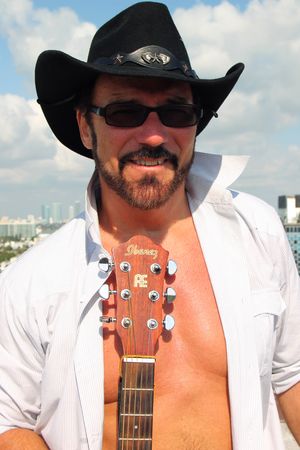 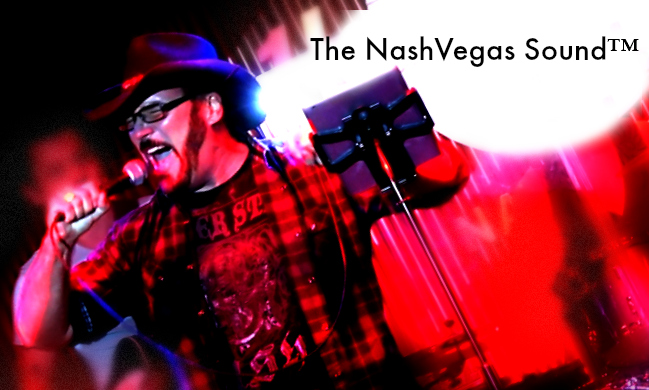 Always somewhat musically inclined, Ace wrote his first song at age 4, it was called Root Beer is Good For You. A song he'd sing to his mother in hope of scoring a pint. (Perhaps a precursor of things to come} Seeing a talent for music, it was his father who was the first to push him in that direction, So as a little boy, like so many, Ace Lee Starry was forced to take piano lessons.

He really didn't think playing piano was "cool" for a boy, as he so wanted to be like Elvis. The Beatles, or The Monkeys and play the guitar to throngs of screaming girls. His father made him a deal. If he would take piano lessons for one year they'd buy him an electric guitar. After an agonizing year of extremely non-productive lessons, Ace was given a beautiful electric guitar. It was a red Casino style with pearl white borders. Ace thought he was going to at last "be so cool."

Cool was not in his cards. The very day before he was to start his guitar lessons, playing football with his school mates he broke his left little finger in four places. The doctors set the finger but told him he'd never be able to bend that finger again. Ace agonized over both not getting to play the guitar, but even more over the probability that he was going to have a permanent straight finger. He worked for hours on end trying to force his muscles to bend it and after months of agonizing pain, he was able to bend his finger. Guitar however seemed out.

Ace loved singing. Even though he played sports and other activities in school, he was one of the only boys who decided he wanted to join "choir". He not only loved singing, but he knew something the other boys didn't. The choir was where you got to meet girls. So in fourth grade, before his voice even changed he was singing in the choir.

It wasn't until fifth grade that he realized the power of his own voice. His family had moved to Boise Idaho and he was the new kid at school. Of course in the new class, Ace instantly had a crush on a cute  girl, but he was shy and had no idea how to get to talk to her.  Part of the curriculum of the fifth grade class involved singing songs which the class would all sing together with an accompanying piano. However one day the students were taken one at a time for a voice test. This involved stepping behind a curtained off coat closet to sing for the teacher. Students were thought to be too shy to sing in front of the other students so they would go behind the curtain and sing very softly to the teacher so that nobody could hear them.

When it came Ace's turn he went behind the curtain and was asked to sing one of the songs which they sang in class, THIS LAND IS MY LAND. Instead of a soft whispering voice Ace did what he does today, "belted the shit out of it." According to him, "If I were standing up I would have done my Elvis moves." Well the teacher was totally taken off guard. She told him, "you have a powerful voice, Mr. Starry. Thank you." 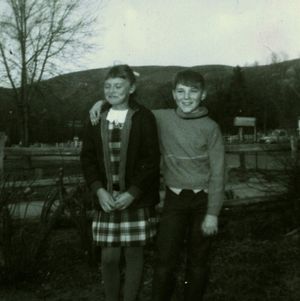 But when they walked into the class from behind the curtain it was devastating. The entire class broke into laughter and pointing. Ace was totally humiliated and embarrassed. Not knowing if he'd ever sing publicly again, events turned later and that incident became a defining moment in his life. You see, after school ended, the little girl whom Ace had the crush on came over to him and said, "I think you sang really good." She would later become Ace's very first girlfriend.

When in 9th grade his family moved to Huntington Beach, California, Ace once again decided to get into Chorus. At that time it was also required to audition your voice. The teacher was herself a professional opera singer and well respected in her field. Ace was asked to step to the front of the room and sing scales for the teacher playing the piano to chart his vocal range. As the teacher began the test she looked surprised at his range. Afterwords she said, "Welcome to the class, I see you've already had intermediate singing lessons." To which Ace answered, that had never had a single singing lesson in his life. 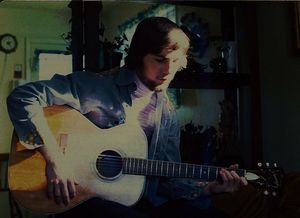 When Ace got into high school, his musical abilities started to shine. He picked his guitar back up and decided that he'd give it a try even with his crooked little finger. He taught himself a few chords and wrote a song called THE SUN DON'T SHINE. It was the very first song he'd ever perform live. It happened at a resort in Lake Conroe Texas when he was working construction at the resort. He was asked to get up and entertain the crowd, so he performed his sing along song to a very receptive crowd.

At age 16 he met someone that would change his life. He was a rock piano player who was playing in a band locally. Ace thought he was amazing and asked him where he learned to play like that. The man answered, "I just sat down at the keyboard and decided what notes I wanted to hear."

At 16 that very day, Ace sat down at the piano and wrote his first "real" song on the piano. And for the next two years he sat at that piano for 2 and sometimes 3 hours a day creating songs, and learning to play by ear. It was this early development where he discovered the music of Jim Croce. Croce songs were the type of songs that Ace wanted to create. He believes that his earliest influences of Elvis, Jim Croce, Three Dog Night and Roy Orbison can still be seen in the music he writes today. Ace also did his first singing in front of a large crowd when in high school he auditioned to be in the musical "God Spell" and got the part of Judas/John the Baptist. His solo number in that began as a spotlight in the back of the audience, singing a cappella. To this day he often writes songs which begin with little or no music behind his voice.

Ace went to college with the goal of being an entertainer. From and early age he also discovered a passion for magic and had the desire to be an entertainer. In college he attempted to put a band together called "MAGIC" which would play rock tunes along side of magical illusions. It was short lived. Ace went on to perform in musicals while he attended college, and went to combine his loves for magic and music by writing a musical entitled "The Magical" as his senior project.