CATFISH IS THE #1 ROCKABILLY SONG IN THE US 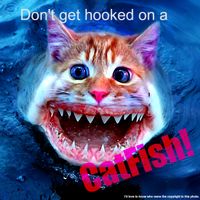 According to N1M website, a site which tracks music by plays and favorites around the globe ACE STARRY's song CATISH made it's debut in the top 10 and within a four weeks has climbed it's way to the number one #rockabilly  song in the nation. Catfish, a song about a guy falling for a woman using a fake web profile,  was originally released on Ace's LOST IN PARADISE album, however it was reworked for the soon to be released album ROCKIN' NASHVEGAS, Rare Bird Press. Starry took the original plain rockabilly sound and moved it into his new sound he calls C'rockin'™. His sound was forged as a mix of old style country and rock and roll. By taking the original rockabilly sound and adding, horns, background vocals and a country fiddle this unique sound has taken the Rockabilly Charts by storm. He currently has 5 of his songs from the Rockin' NashVegas! album in the top 10 in the US. Numberonemusic allows music to be charted within' it's own genre, and shows a true picture of how popular a song is with it's listeners. Other sites may have distinct genres but often they include the Rockabilly sound within the roots, country and almost all encompassing "American" sound. His distinctly different song RUBY RED LIPS has managed to find itself in a top ten spot in the world in the Americana genera. The song released as a single last year can now be found at #4 in the world. Ace Starry and his band The NashVegas Sound are currently booking out of Nashville, TN.
0:00/???
Subscribe with iTunes RSS feed Download